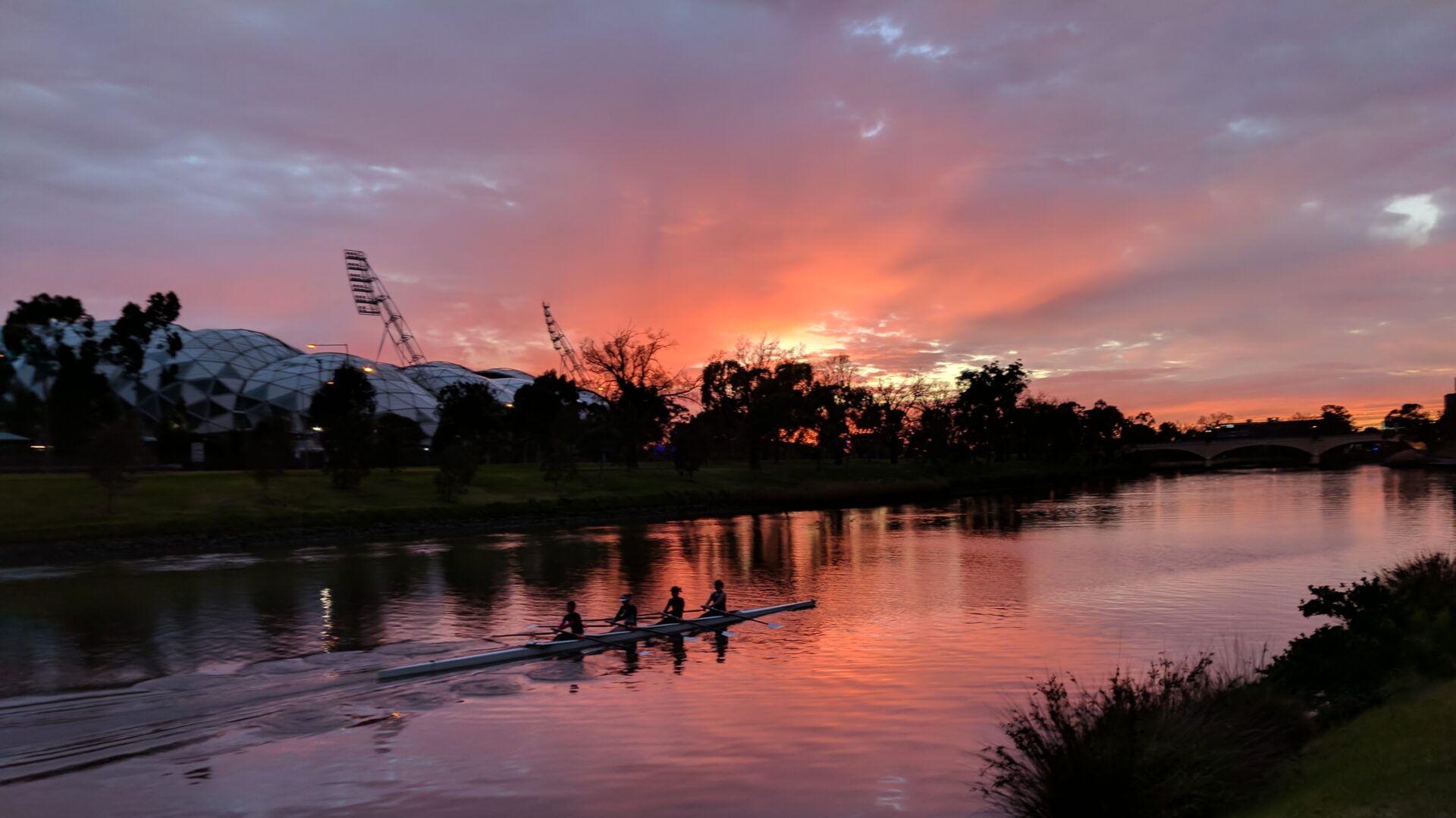 Runs for 4-5 weeks from end of March through April.

Starts: the week after the mid-semester break for semester one. Typicall this is mid to late April. For Masters, the off season commences 1 July.
Ends: either for the UniSport Nationals preparation or HPYT preparation.

Head of the Yarra (HOTY)

HOTY is typically held on the last Saturday of November. The HOTY training block commences at the start of October until HOTY.

The Masters season runs from March until the end of May/beginning of June.

Intermediate squads members are expected to understand the commitment required for attaining success in rowing, can work well in the squad and with other squad members.

Senior squads members are expected to commit to training schedules with a minimum of absenteeism, can work well in the squad and with other squad members.