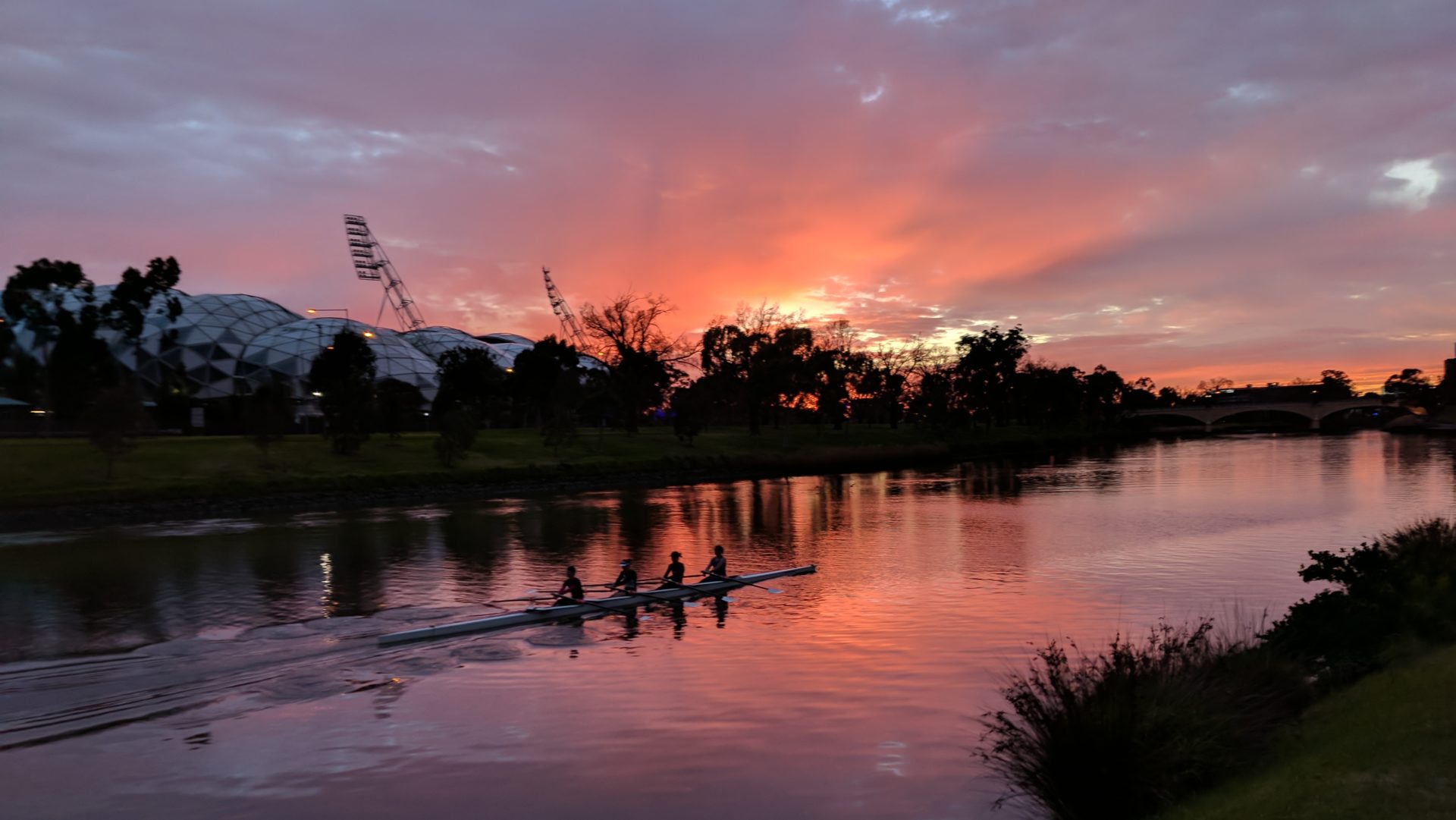 The Club has 14 life members who have been instrumental in developing the Club. Without their support the Club would simply not exist today.

Andrew helped found and develop La Trobe University Rowing Club over the years 1968-1971. He held supporting roles in SARA (member of SARA Council and Executive) and ensured LURC was acknowledged as a leading sports club of the University. Through pro-active links within the University Administration, and successful fundraising from the corporate sector, Andrew facilitated the rapid growth and standing of the Club within the University and wider community. Andrew remained a continuing participant of the Club from 1969-2001 (less a period working overseas 1974-1975).

Jeanette worked at Camberwell High School, where she met Meryll Evans. Meryll asked Jeanette to come down to the river one night and get into a boat. Jeanette asked some other Camberwell High parents to come down and make up a crew. It all started from there badly but things did eventually improve. Jeanette has been a long serving committee member and was secretary from 2010-2011, president in 2012 and vice president in 2013. Currently she’s a general committee member. In 2012 the Club named a double after Jeanette – which she’s very fond of rowing in. A proud septuagenarian, Jeanette’s a very active member of the Master Womens squad and is a regular – and successful – competitor at masters regattas.

Meredith started rowing in 2005 with Jeanette Botham through of her association with Camberwell High School. She quickly became a very keen rower and represented Victoria in 2009 and has enjoyed medals at Masters regattas in Perth, Lake Barrington and in Victoria. Meredith has been a committee member for many years being secretary, general committee member and currently vice president. In 2011 Merry was awarded a Full Blue in recognition of her rowing achievements and contribution to the Club.

Meryll joined LURC as a novice in 1977 and competed at intervarsity 1977-1980, winning in ’79 and ’80. She was a member of the Victorian State Lightweight team 1979-1981, winning the Australian Championship in 1980. She won three state titles and won Head of the Yarra in 1982 – the first year women were allowed to compete. Meryll was awarded a Full Blue in 1979 and an Outstanding Service Award in 1991. She also coached intervarsity crews continuously from 1981-2001 and was a state selector in 1978 and 1979. Meryll instigated rowing at Camberwell High in 1998 and masters rowing in 2001. She has held every position on the committee, including several years as secretary and treasurer. She has also been extremely active in boat maintenance and general repairs.

After rowing at Melbourne High, John joined LURC in 1972 and rowed intervarsity at Mildura in 1973 and Penrith in 1974. John became president in 1973 and held that post until leaving La Trobe in 1978. He was instrumental in the development of LURC women’s rowing and proudly watched the LURC women’s team in their very successful intervarsity in Queensland. John organised many activities involved in building the Club’s depth including annual camps at Lorne, the annual dinners and successful regattas on the Yarra and Edwardes Lake. John cemented LURC’s financial position by successfully demonstrating the need for equivalency of funding with other SARA clubs using University owned facilities.

Michael has been passionately involved with LURC since he joined as a beginner in 2001. His enthusiasm and dedication soon had him promoted to the senior crews and he also became involved with the administration of the Club. He joined the committee in 2002 and was president from 2003-2006. In 2004 he instigated a submission to SARA for replenishing the out-dated fleet of boats and, with Jamie Robertson, was successful in purchasing six new boats in 2006. In the same year, he took on the job of head coach in an honorary position. (This had previously been a paid position for 2004-2006.) He developed detailed training programmes and instigated many cross training activities. The legacy of these training programmes is still evident in our coaching programmes today. Michael was been voted Club Member of the Year in 2003, 2004 and 2005.

Annette Holland joined LURC in 1976. Annette participated in four intervarsity rowing Competitions between 1976 and 1979, including being a member of the winning Women’s Lightweight IV at the Queensland Intervarsity Competition in 1979. Annette was twice selected to train with the Victorian women’s squad during the mid and late 1970s. Annette contributed to the Club in many ways from the mid 1975-1989 both as a rower, coach and at differing times as secretary, women’s captain and committee member. During the early 1980s Annette was also the rowing mistress and head coach of rowing at Melbourne Girls’ Grammar School. In 1979 Annette was awarded a Full Blue in recognition of her rowing achievements and contribution to the Club.

Andrew was a founding rower and tireless worker raising funds for the fledgling Club.

Jamie joined the Club in 2001 as a beginner and quickly rose through the ranks to be a member of the senior squad. He competed at Australian University Games in 2002, 2004 and 2006. He was a pivotal member of the senior men’s squad, and coached junior crews extensively. He won State Championship races in 2004 (coach of the Boys Quad Scull), 2005 (Men’s Lightweight Pair and Men’s C Grade VIII). In 2006 he won at the Australian Masters Championships (Men’s Double Scull). Jamie was president of the Club from 2003-2005 and in that time modernised many aspects of Club’s organisation. He was instrumental in instigating, producing and having accepted, a submission to SARA for an extensive overhaul of the Club’s fleet. He also started the process of Incorporation of the club. Jamie was vice president of SARA board from 2004-2006.

Nancy founded the first mother’s club to raise funds for the Club.

Bernadette Higgins joined LURC in 1975. Bernadette was a talented coxswain steering many winning club crews along with representing Victoria at the King’s Cup Regatta in Tasmania in 1978 where she coxed the Victorian Women’s Lightweight IV to victory. Bernadette participated in three intervarsity competitions from 1975-1978 and contributed greatly to the overall success of the Club during the mid 1970s. In 1978 Bernadette was awarded a Full Blue in recognition of her rowing achievements and contribution to the Club.

After rowing at Melbourne Grammar, Simon joined the infant LURC in the 1970s. A force behind LURC’s development, Simon began building its stature within the University, intervarsity and VRA communities. Along with John Tarrant, Simon began the Club’s fund raising programme with the showing of recent release films in the Agora Cinema. Simon coxed several intervarsity crews and rowed in the single sculls at the 1976 Ballarat Intervarsity, which he organised and ran with great distinction. Moving on from the position of president of LURC, Simon became president of SARA with an array of achievements including the La Trobe swimming pool. He now lives in Canberra and has been active at Canberra Rowing Club.